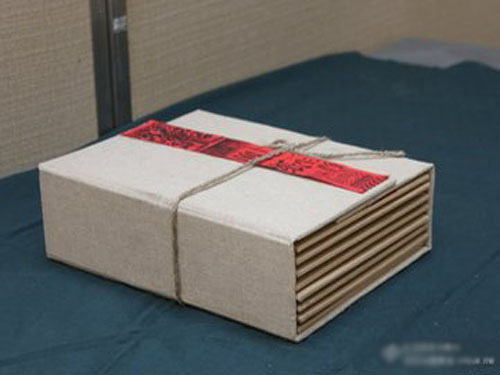 For a long time, the decorative figures of the Chinese zodiac have never stopped and are still circulating.

In human history, humans and animals have a special relationship. From the beginning of the primitive society, our ancestors thought that they had a blood relationship with animals. Therefore, the worship of them was better than that of human beings.

Since ancient times, the depiction and portrayal of animal images have reached a very high level. The decorative graphics of the Chinese zodiac series have emerged as a brilliant star in the history of Chinese traditional art, and also reflect the passionate and full creation of ancient folk artists. Spirit and longing for a better life.

In ancient times, there was a twelve-hour disk. The disk was surrounded by a zodiac pattern. In the Song Dynasty Taogu, â€œThe Record of Differenceâ€ was written: â€œThe Tangku has a plate, the color is yellow, the circle is three feet, and there are objects around it. In Yuanhe, even when it is used, the image is changed at the same time. If you like Chen, the flowers and plants All the opera dragons, the snakes are the snakes, and the afternoons are the horses, because the number 'twentieth hour disk'." The twelve kinds of Zodiac figures of this dish, change the pattern at any time, and the snake pattern appears when you turn to , the pattern of horses appears at noon.

In 1971, a set of zodiac signs were excavated from the tombs of the Tang Dynasty in Hunan Xiangyin. They were all of animal heads. The height was 20 to 22 centimeters. The figures were dressed in wide sleeves and both hands arched toward the chest. There is a long hole that can be inserted. The twelve zodiac signs were placed in small niches around the tomb walls to indicate orientation.

According to the Naxi people's â€œBaghâ€ script of the zodiac, the head, tail, limbs, and belly of the central frog of the â€œBagâ€ represent the world, because the worldâ€™s east, west, south, and north are like organic frogs.

In a Shaanxi folk paper-cut called the "Chinese Zodiac Hanging Curtain," the center of the map also has such a frog pattern with a very similar image. It can be seen that the use of the Chinese zodiac as a decorative art has long been a universal content of Chinese traditional culture. The folk zodiac paper-cut, many are inherited from generation to generation, little change. In the composition of the form of "family-blessing" type, there is a single, there are two kinds of Zodiac into the map, the most common is "Snake plate rabbit", the snake first rabbit head, snakes around the rabbit body. Because in the folk there is a saying that "snake pan rabbits must be rich." In addition, there are the zodiac and the characters compose the picture. Most of them are animal faces and arranged one by one.

In the New Year pictures, the zodiac is also a traditional theme. New Year's pictures are mostly carved woodblock monochrome or color printing. Hebei Wu Qiang's New Year Painting of the Qing Dynasty, "Lian Sheng Gui Zi Tu", is a red, yellow, green and purple four-color overprint, the picture two large circles accounted for most of the frame, a circle with two children's body surrounded by four children; Within the circle, six children were surrounded by three children's heads and five children's bodies. The children in the circle were lying and lying. Above this double circle is a zodiac pattern. Dragons, tigers, and rabbits are in the center. Rats, sheep, cattle, and horses are ranked on the right, snakes, chickens, dogs, monkeys, and pigs are listed on the left. "Lianshengzizi" is fully prepared with the zodiac to pray for many children. There are many themes of "Mouse-married women." The clip painting of the "Mouse and the Daughter" in the Qing Dynasty in Jiajiang, Sichuan Province, said that Sichuan has a beautiful country in the country, rich in products, and full of rice, so there are many mice. On this day, there is a mouse married to a woman. The scene is grand and the ceremonies are complete. There are lanterns, flags, drummers, sedan chairs, and umbrella lids. All kinds of deacons and bearers are played by rats. Only the groom and the bride are painted. Adult-shaped, very interesting. Its composition and coloring are similar to Mianzhu New Year pictures.

"Ancient Dictionaries" quoted "Xu Shi Shi Bian": "The life of money, there are 12 Chinese zodiac characters. Zhang Duanmu day: 'This money is called the old money, there are twelve words, there are zodiac-shaped.' Starting from "Huainanzi," the money does not have to be from the modern world. Today, the money has a character, two characters, four characters, twelve Chenquan, ranging in size and variety." Therefore, the coin Also known as the twelve-dollar, life-saving money is also a very interesting variety in the zodiac modelling.